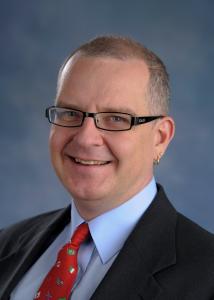 The health care of prisoners is a topic familiar to the The Academic Minute.

Where the previous segment focused on the positives of expanding health care for the incarcerated, Dr. William Alex Pridemore, criminologist at Georgia State University, discusses the increased health risk that prisoners face.

Dr. William Alex Pridemore is a Distinguished University Professor of Criminal Justice and Criminology in the Andrew Young School of Policy Studies and a member of the GSU Second Century Initiative’s cluster on Evidence-Based Policy. He received his PhD in 2000 from SUNY-Albany and spent a year as a Postdoctoral Research Fellow at Harvard. In 2008, Dr. Pridemore received the Junior Scholar Award from the American Sociological Association’s Section on Alcohol, Drugs, and Tobacco; in 2009 he received Indiana University’s Trustees Teaching Award; and in 2012 he received the Radzinowicz Memorial Prize for his research on poverty, inequality, and national homicide rates. He is the American Society of Criminology’s liaison to the American Association for the Advancement of Science and was the Founding Director of Indiana University’s Workshop in Methods.

During the last four decades the imprisonment rate in the United States more than quadrupled, and we now have the highest incarceration rate in the world.

My recent research showed that relative to men who had not been incarcerated, men who had were more than twice as likely to experience early death. I call this the mortality penalty of incarceration.

One reason for this is exposure to infectious diseases. Rates of tuberculosis, hepatitis, and HIV are much higher among the prison population. And prison structure and culture create efficient conditions for spreading infections, including group quarters, crowded conditions, poor nutrition, shared bathroom facilities, and amateur tattooing.

A second reason is stress. Chronic stress weakens the immune system, and this perversely increases the inmate’s vulnerability at precisely the time when exposure to infectious diseases is greatest, during imprisonment. Upon release from prison, stress continues due to the social stigma, poor employment prospects, and unstable relationships created by incarceration.

Incarceration, however, has corrosive effects on social bonds like employment, marriage, friendships, and other forms of social integration.

Mass imprisonment was a political decision. It has become a tremendous financial burden to taxpayers, and the evidence shows that many of the unintended consequences of incarceration go well beyond what we think about when we think about punishment.

America’s struggle with mass incarceration is now receiving greater political and public reconsideration. The mortality penalty of incarceration should be part of that debate.