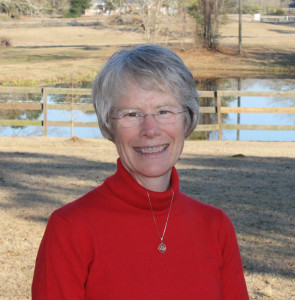 Energy drinks are typically marketed to young adults. But, is this the primary group that is consuming them?

Dr. Lauri Byerly is an associate professor of Sports and Health Sciences at American Public University. Her position at this all-online university has presented her with an opportunity to study the behavior of non-traditional college students.

Lauri O. Byerley received her bachelor’s degree in Food and Nutrition, Related Science from Iowa State University and her master’s in nutritional science from Purdue University. She was awarded her Ph.D. in Nutritional Sciences with a minor in Biological Sciences from the University of California in Los Angeles, CA. As well, she is a Registered Dietitian. She has been a faculty member of several nutrition departments and taught nutrition at several accredited universities. During the last two decades, she has been actively involved in nutrition research.

Her focus has been nutrition metabolism and its role in cancer, obesity, and exercise. She has more than 25 peer-reviewed publications from this original scientific research. Also, she has several non-technical nutrition-related publications. She has presented at more than 30 local, state and national meetings.

Sleepy? Got to get a project done? Need an extra umph?

Grab an energy drink. Sales of energy drinks like Red Bull, Monster and 5 Hour Energy have increased over the last several decades. Now, it is a billion dollar industry.

Why do people drink these beverages? The top reasons given are to stay awake and/or to have more energy. Most energy drinks contain caffeine and other energy- enhancing compounds such as taurine and ginseng. These provide the energy burst. Caffeine has known side effects such as increased blood pressure, increased heart rate, and a “crash” feeling. Yet, people are willing to consume these beverages for their energy boost.

I did a research study at my all-online university This is a unique student group as compared to the traditional brick- and- mortar college student because they tend to be older, have families, and be in established careers. Energy drinks may affect older subjects differently because of aging processes.

Two thirds of our survey responders were male with an average age of 32 years but ranged from 19 to 62 years. We found slightly more than half of our respondents consumed an energy drink in the month preceding the survey. On average they consumed eight drinks in that month. Like their conventional counterparts, the two top reasons for consuming these beverages were as a “pick me up” for school or schoolwork and to make up for lack of rest. Most were aware of the ingredients in energy drinks. Our survey respondents did experience side effects; more than half stated they experienced jitters.

In conclusion, it appears that older college students taking online classes consume energy drinks for the same reasons younger students at traditional universities. Older users experience similar side effects, yet the impact on the aging process is not known.