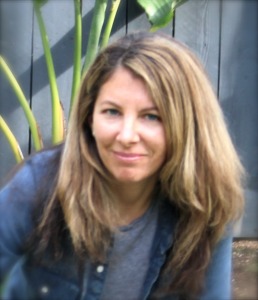 Dr. Jennie Brand, associate professor of sociology at UCLA, takes a look at the effects of job loss on single mothers.

Dr. Jennie Brand is a professor of sociology at The University of California Los Angeles. She studies social inequality and its implications for various outcomes that indicate life chances. Her research agenda encompasses three main areas: (1) access to and the impact of higher education; (2) the socioeconomic and social-psychological consequences of disruptive events, such as job displacement; and (3) causal inference and the application and innovation of quantitative methods for panel data. See CCPR Working Papers for recent working manuscripts and Google Scholar and Pub Med for published works.

Job loss among single mothers has significant negative effects on the educational attainment and social-psychological well-being of their children.

The effects of worker displacement have been studied extensively, but few studies consider how a parent’s job loss affects children over the long term. Fewer still consider the effects on children in single-parent, and especially single-mother, households.

With 30 years of data to work with, my student Juli Simon Thomas and I compared outcomes for children whose mothers were and were not laid off. Among the children of mothers who lost their jobs, the odds of completing high school decreased by 15 percent.

The odds of attending college fell by 24 percent and of graduating from college by 33 percent. Children whose mothers were displaced have a significant increase in depressive symptoms in young adulthood over the mean level expected if children’s mothers had not been displaced.

The effects were greater among children whose mothers were unlikely to lose their jobs and during non-recessionary periods. The families with a high probability of experiencing a displacement event face a variety of disadvantaged circumstances, but they are less impacted by maternal displacement compared to the children of mothers for whom job displacement was a relative shock. We theorize that greater internalization of blame and social stigma among such families contributes to larger negative effects of maternal displacement on their children.

The children of displaced mothers, by virtue of having less education and having greater depressive symptoms, could themselves be at greater risk of job loss in the future, thus creating a potential inter-generational transmission of job instability.

Involuntary job separation among single mothers has significant implications for the next generation and should be a factor considered in discussions related to the issue.

Read more: UCLA: After single moms get laid off, their kids may suffer for years