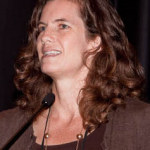 The slightest disruption might turn an ecosystem upside down.

Felicia Keesing, a biologist at Bard College, profiles biodiversity in the savannas of Africa and analyzes the threatened biodiversity of these lands.

Dr. Felicia Keesing is a biologist at Bard College who studies the consequences of interactions among species, particularly as biodiversity declines. Much of her recent work focuses on how species diversity influences the probability that humans and other animals will be exposed to infectious diseases. In addition, she has worked in Kenya for over 15 years studying how the disappearance of elephants, giraffes, zebras, and other large mammals influences the way African savannas function. Keesing has published over 60 research articles and book chapters, and has received grant support from the National Geographic Society, the National Science Foundation, the Environmental Protection Agency, and the National Institutes of Health. In 2000, she received a United States Presidential Early Career Award for Scientists and Engineers (PECASE) from President Clinton. She served on the national steering committee for the Vision and Change in Undergraduate Biology Education conferences and is the director of an educational research project funded by the Howard Hughes Medical Institute.

The savannas of Africa are renowned for their spectacular wildlife. Herds of large grazing mammals like zebras and buffalo, and their predators such as lions and leopards, roam through grasslands that are among the most productive on Earth. 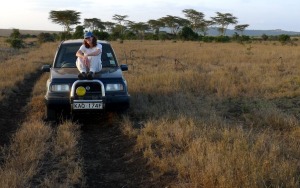 But, wildlife populations are declining dramatically — both inside and outside of protected areas. Part of the reason for these declines is that the very productivity that harbors such a diversity and abundance of wildlife has made these lands desirable places for people to live and raise their own grazing animals.

As human populations increase in savanna habitats, the needs of wildlife are increasingly in conflict with the needs of people and the cattle, sheep, and goats that they tend.

For nineteen years, Professor and restoration ecologist, Truman Young has been running a large-scale experiment in central Kenya to ask about the consequences for savannas of the loss of large mammals. Since 1995, I have been studying the less charismatic species that share this habitat. My team’s focus has been on mice and snakes, ticks and fleas. One of the big surprises of the experiment has been the degree to which these lesser-known animals proliferate when their larger counterparts disappear.

The removal of large grazing mammals sets into motion a cascade of consequences, beginning with the doubling in abundance of a small grazing mammal, the pouched mouse.

The presence of abundant mice attracts venomous snakes like the olive hissing snake. It also devastates seedlings of the dominant tree, and doubles the abundance of fleas thereby potentially increasing risk of transmission of flea-borne pathogens.

Together, these results show the potential for the loss of large mammals to have cryptic consequences for African savannas, with undesirable repercussions for humans.

Thus, preserving large mammals could be a win-win for conservation and for human welfare.

Read More: Cascading Consequences of the Loss of Large Mammals in an African Savanna