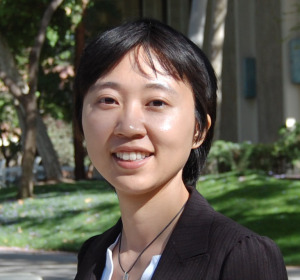 If you’ve seen the Academy Award winning film Amadeus, you’ll recall the laborious depictions of Mozart as he composed his musical masterpieces using pen and ink.

Dr. Ching-Hua Chuan, assistant professor of computing at The University of North Florida, is adding an element of technology into the composition process.

Dr. Ching-Hua Chuan is Assistant Professor of Computing at University of North Florida. She received her PhD in computer science at University of Southern California (USC) Viterbi School of Engineering in 2008. She joined the School of Computing at University of North Florida in 2010. Dr. Chuan’s research interests include audio signal processing, music information retrieval, artificial intelligence and machine learning. Her article on automated style-specific accompaniment won the Best New Investigator paper in 2010 Grace Hopper Celebration for Women in Computing. She is also the recipient of the 2013-2014 outstanding undergraduate teaching awards at UNF. Dr. Chuan received her BS and MS in electrical engineering from National Taiwan University. In Taiwan, she was the lead guitarist of several all-female rock bands.

Advances in digital technology have provided many platforms for music lovers to discover, share, and enjoy music. But creating music remains the privilege of those who are talented and well-trained. With today’s computer technology, can we foster musical creativity to empower and transform a music consumer into a music creator?

With my backgrounds as a computer scientist and guitarist, I have long been interested in combining both computer science and music. Many of us have created short original melodies serendipitously, such as singing in the shower. However, without sophisticated accompaniments and styles, which often require extensive musical knowledge, these creative melodies typically end up as immature utterances. Therefore, my research focuses on the design of new software to help amateur musicians and music lovers to create songs in the style of their favorite musicians.

When I played in a rock band back in Taiwan, most of my band members, including myself, didn’t have formal musical training. If I wanted the keyboard to accompany my melody in a certain style, the easiest was to grab a CD and let my band hear the style I wanted. The software operates on this same principal.

The system combines knowledge-driven and data-driven approaches. The system applies music theory and statistical learning to select notes in the melody that are important for harmony, and then generates a sequence of chords to make the song sound similar to the examples given by the user.