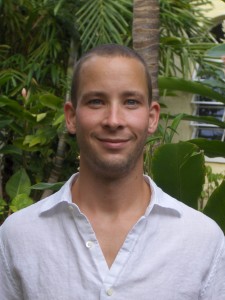 Something as trivial as the sound of one’s voice might prove detrimental in the workplace, especially if you’re a woman.

Dr. Casey Klofstad, a political scientist at the University of Miami, profiles vocal fry and the deleterious affect it may have.

Vocal Fry in the Workplace

Vocal fry is a form of speech that is low in pitch and creaky sounding. Recent research shows that a high proportion of young American women use vocal fry. While previous research has suggested that women who use this affectation are educated and upwardly mobile, our research shows that vocal fry is actually perceived negatively, particularly in the eyes of potential employers.

To test how people perceive vocal fry we first recorded men and women speaking the phrase, “Thank you for considering me for this opportunity,” using their normal tone of voice and in vocal fry.

Compare a woman speaking in her normal voice with that of someone with vocal fry.

We asked a large national sample of Americans to listen to the voices we recorded. The listeners then selected which voice of each pair was more educated, competent, trustworthy, attractive, and which speaker they would hire. We found that for each of these judgments the normal voice was preferred over 80 percent of the time. Moreover, vocal fry was perceived more negatively when used by women compared to when men use it.

Why is vocal fry perceived so negatively? Previous research shows that humans find voices that are typical of population norms to be more attractive. So, it is possible that speakers of vocal fry are perceived less favorably because vocal fry is accompanied by a dramatic reduction in voice pitch.

Why are women who use vocal fry perceived more negatively than men who use it?

Previous studies show that when women try to lower their voice they are perceived as less attractive. This may explain why the lowering of voice pitch by women through vocal fry results in harsher negative perceptions by potential employers.

Overall, our results suggest that job candidates, especially women, should avoid the use of vocal fry. Our results also suggest that employers need to be conscious of the unconscious biases they may have against people based on the tone of their voices.