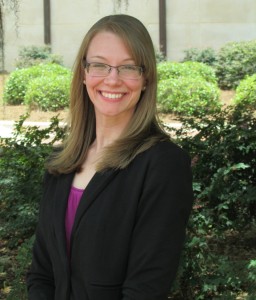 Discussions about civil rights in America rarely focus on the plight of Asian-American immigrants.

But, as Stephanie Hinnershitz, a professor of history at Valdosta State University, shows, this segment of the population faced some very real struggles.

Stephanie Hinnershitz is an assistant professor of history at Valdosta State University in Georgia where she teaches courses in immigration history, recent United States history, and public history. She received her Ph.D. from the University of Maryland in 2013 and her research interests include immigration history, Asian American history, and civil rights history. Currently, Stephanie is working on two projects: one examining the connections between Asian immigrants and Asian Americans and civil rights battles in the South during the twentieth century and her first book, Race, Religion, and Civil Rights: Asian Students on the West Coast, 1900-1968, which places Asian American students within the framework of civil rights history in the West.

In a region traditionally recognized by scholars for its racial tensions and the major battles of the civil rights movement, historians have used a binary, black-and-white framework to construct a limited narrative of the struggle for access to equality.

However, Asian Americans and Asian immigrants (including Chinese, Filipinos, and Japanese) have also experienced racist and xenophobic reactions from both white and black inhabitants in this area as a result of their racial and legal status.

By using the local, state, and federal courts as well as community activism, Asian Americans fought a separate fight for racial equality and their legal rights in southern states such as Alabama, Florida, Virginia, Georgia, Arkansas, and Texas.

An example of how viewing racial tensions in the South through the experiences of the Asian population groups can offer a new take on civil rights history can be found in a  1926 amendment to the Florida state constitution: this amendment provided legal justification for Florida officials to bar aliens ineligible for citizenship from owning property.

Although historians typically associate early twentieth-century anti-alien land laws with West Coast states as well as the anti-Asian sentiment present in that particular region of the country, Florida also responded to the perceived threat of an “Asian invasion” by the Japanese. At the time, there were only a few hundred Japanese immigrants and Japanese Americans living in the state (many in farming cooperatives around Boca Raton and West Palm Beach), but the fear of an increased Asian presence and consequent unwanted land and labor competition prompted a call from Florida citizens, thus restricting the property rights of Japanese farmers.

This amendment to Florida’s constitution is merely the beginning. Local, state, and federal court cases involving voting, access to education, voting, land ownership, interracial marriage, and basic legal protection often focused on determining both the resident and racial status of Asians in the Jim Crow South.

As a result, Asian Americans form an important and complex, yet understudied component of the history of the Civil Rights Movement in the South and America, at large.

Read More: “We Ask not for Mercy, but for Justice”: The Cannery Workers and Farm Laborers’ Union and Filipino Civil Rights in the United States, 1927–1937