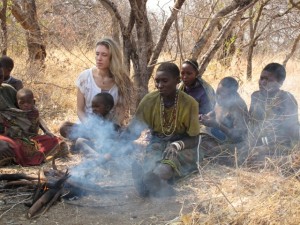 The old saying goes: you are what you eat. This appears to carry through into the microbial content of one’s gastrointestinal tract as well.

Dr. Alyssa Crittenden, an anthropologist at The University of Nevada Las Vegas, compared the bacteria living inside an indigenous African tribe with that of an urban dwelling control group to study the differences.

Dr. Alyssa Crittenden is a behavioral ecologist and nutritional anthropologist at UNLV. She works among the Hadza hunter-gatherers of Tanzania, East Africa.

Her research interests include the evolution of the human diet, the evolution of childhood, the development of children’s prosocial behavior, and the origins of the division of labor between the sexes.  She applies the principles of evolutionary theory to the study of human behavior and cultural diversity. Her work crosses several disciplines, including anthropology, ecology, nutrition, and biology. Published widely in top-tier academic journals, Crittenden’s research on the role of honey in the development of the human brain has found its way to popular venues, such as The Smithsonian, and a documentary for the Tribeca Film Festival called Hazda: Last of the First.

By cell number, each one of us is more microbial than human, which is just one of the reasons that makes research on the human microbiome so fascinating. 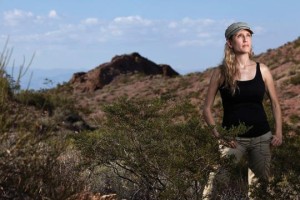 The gut microbiota, the bacteria that live inside of our digestive system, perform many critical functions and are linked to several aspects of human health and nutrition. Until very recently, however, most research has focused on post-industrialized western populations.

My colleagues and I have, for the first time, characterized the hunter-gatherer gut microbiome– working with a population of foragers in East Africa, the Hadza of Tanzania.

Our international research team compared the gut microbiota of the Hadza with urban living Italians, who acted as our westernized control population. Our results show that the Hadza have an entirely unique configuration of bacteria in their guts – unlike any population previously sampled. They have a much more diverse microbe ecosystem –more species of gut bacteria – than populations from post-industrialized settings. This finding has critical implications for human health because several diseases like irritable bowel syndrome, colorectal cancer, type II diabetes, and Crohn’s disease, are significantly associated with a reduction in gut microbial diversity.

Our results also show that the Hadza gut houses very high levels of bacteria such as Treponema, which is often considered to be a sign of disease, and low levels of other bacteria, such as Bifidobacterium, that is often considered to be “good” or “healthy” gut bacteria. Making these data even more intriguing, is the fact that the Hadza experience little to no autoimmune diseases that typically result from gut bacteria imbalances.

In light of this finding, we must now redefine our notions of “healthy” and “unhealthy” bacteria, as these distinctions are clearly dependent on context – factors such as diet composition and the ecology of the environment in which you live.