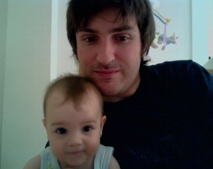 Music is generally regarded as one of the most pleasurable stimuli we, as humans, experience. Music’s history dates back to the days of cave-dwelling peoples and today, there are innumerable varieties of genres suited to personal tastes. With all that considered, there are some people who simply do not respond to music.

Josep Marco-Pallarés, a professor at the University of Barcelona, is studying this strange instance. Along with a team of scientists, he has coined the term musical anhedonia.

Josep Marco-Pallarés is an associate professor in the Department of Basic Psychology at the University of Barcelona. He also works closely with the Cognition and Brain Plasticity Unit. He has a PhD in neuroscience and his research primarily focuses on action monitoring, reward processing, and brain oscillations.

Two years ago we developed a questionnaire to describe the facets that might explain individual differences in the experience of reward associated with music. But in the development of this questionnaire we found that some people (around 5.5 % of our sample) reported to be indifferent to music, but not to other forms of reward such as food, sex, money or caresses.

At first glance we were very surprised. Was there something wrong? Maybe they did not answer the questionnaire correctly? Everybody loves music! But then we realized that this statement has never been empirically tested and we decided to carefully study a group of these people. We selected ten participants with low values in sensitivity to music, ten with standard values and ten with high values in the musical reward scale.

We were sure that all the participants correctly perceived music (that is, none of the participants suffered from amusia, a specific impairment in music perception that affects around 3% of general population) and that people in the three groups were equal in their sensitivity to other pleasant stimuli. Then participants performed a musical task in which listened to pleasant music from a fixed set of 13 pieces and from 3 pieces they brought from home as being their most preferred ones. We also measured their autonomic nervous system responses (heart rate and skin conductance) while they were performing the task. We observed that the participants in the anhedonic group showed no variation in the autonomic responses associated to pleasant music, in contrast to the other two groups which presented clear increases in their physiological activity associated to pleasant music, especially when they were experiencing a chill.

As a control, participants also played a gambling task for monetary reward in order to test whether this lack of activity was specifically associated to music. Participants in the musical anhedonia group showed normal responses to monetary rewards. Therefore these results suggest that there are people which do not get pleasure with music but are able to get pleasure from other stimuli. This result also indicates that the different types of rewarding stimuli have different accesses to the reward system and that, therefore, for each person there might be stimuli that are more effective than others to induce pleasure.