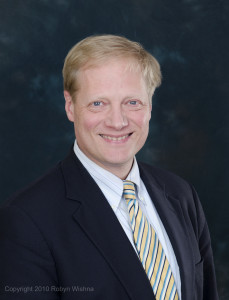 Playing a high school sport is a great start to a long, healthy life.

Brian Wansink, professor of marketing at Cornell University, conducted an experiment surveying the health and general wellness of over 700 veterans of World War II.

Brian Wansink is the John Dyson Professor of Consumer Behavior at Cornell University, where he directs the Cornell Food and Brand Lab. The mission of the Lab is to “To discover and disseminate transforming solutions to eating problems.” This is relevant to families, medicine, nutrition, obesity, public health policy, and marketing. Wansink is author of over 150 academic articles and books, including the best-selling Mindless Eating: Why We Eat More Than We Think (2006) and is active on MindlessEating.org and The Small Plate Movement.

Wansink’s award-winning academic research on eating behavior, behavioral economics, and behavior change has been published in the world’s top marketing, medical, and nutrition journals. It contributed to the introduction of smaller “100 calorie” packages (to prevent overeating), the use of taller glasses in bars (to prevent the overpouring of alcohol), and the use of elaborate names and mouth-watering descriptions in many chain restaurant menus (to improve enjoyment of the food), and removing 500 million calories from restaurants each year (via Unilever’s Seductive Nutrition program). These insights have been presented, translated, reported, and featured in television documentaries on every continent but Antarctica.

From 2007-2009 Wansink was granted a leave-of-absence from Cornell to accept a White House appointment as Executive Director of USDA’s Center for Nutrition Policy and Promotion, the Federal agency in charge of developing 2010 Dietary Guidelines and promoting the Food Guide Pyramid.

We all know that maintaining a healthy lifestyle is the best way to ensure good health later in life. But is there one thing your younger self could do to almost guarantee that you would be active after the age of 75? Yes. Play a high school sport.

Surveying 712 World War II veterans, we wanted to determine the common denominator to leading an active lifestyle after the age of 75. This group of veterans was an ideal set to work with as they were deemed healthy enough for military service and had been surveyed in the 1930s, the 1940s, and then 50 years later at the average age of 78.

Could we find specific points in human development at which healthy choices had the most impact on preparing the American people for their octogenarian years, and if so, which particular behaviors had the greatest impact?

Of all of the factors studied, the behavior that had the largest impact on the health of these men 50 years on was whether or not they had played a sport in high school. Those who had participated in a sport–be it football or basketball or baseball–in their teens, reported that they currently exercised regularly and visited their doctor fewer times a year than those who reported that they had not played a sport.

Decreased physical activity among youth is a rising concern in the US. Inactive children are more likely to be obese and suffer from mental and physical health problems. Our findings emphasize the necessity of encouraging tweens and teens to regularly engage in athletic programs and other exercise activities for not only near-term, but long-term benefit.

School sports and physical education programs, even recess, are often hurt by budget cuts, leaving children with fewer or no opportunities to be active on a regular basis. This study provides important evidence about the long-term, hugely positive impact of providing opportunities for children and adolescents to engage in physical activities. It should not only aid high school and youth centers in their planning processes and requests for program support, but will inform policy makers from the District of Columbia to the local school district.