“Our study shows that ev 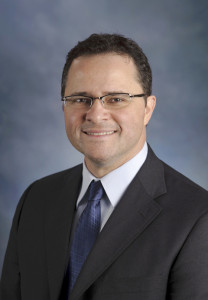 en a small reduction of cash has a positive effect in reducing street crime.”

Volkan Topalli, associate professor of criminal justice and criminology at Georgia State University, profiles the effect that switching government assistance funds from cash to credit cards has on street crime.

Volkan Topalli is an associate professor of Criminal Justice and Criminology in the Andrew Young School of Policy Studies at Georgia State University, where he co-chairs the Crime and Violence Prevention Policy Initiative and is Chair of the Partnership for Urban Health Research. He also holds faculty associate status with the School of Public Health, and if affiliated with the Center for Injury Control at Emory University, and the International Centre for Research on Forensic Psychology at Portsmouth University, United Kingdom.

Topalli’s research addresses violence in urban settings, particularly offender decision-making, and has been supported by the National Science Foundation, the Harry Frank Guggenheim Foundation, the U.S. Centers for Disease Control and Prevention, and the National Institute of Justice. He is associate editor of the Oxford Bibliographies in Criminology and co-editor of Criminological Theory: Readings and Retrospectives. His research has been published in journals such as Criminology, Justice Quarterly, The British Journal of Criminology, Punishment & Society and Criminal Justice & Behavior.

Recently, our research team – made up of criminologists and economists – released a study that we believe helps explain why crime in the US has declined over the last two decades.

Most criminals commit crimes to get cash to bankroll their illicit activities, especially drug use. For obvious reasons, neighborhood drug dealers don’t accept credit cards. So, on the streets, cash is king. But cash is becoming less and less important as our society moves to an increasingly digital economy.

Our prediction was that as cash use waned, predatory street crime would decline.

Much of the cash on the streets comes from welfare and food assistance programs that used to pay people with checks. When the checks came, many cashed them at checking cashing stores and kept the money with them, making them attractive targets for theft, robbery, and burglary.

That all changed in the mid-90s when the federal government mandated states replace checks with an Electronic Benefits Transfer system. This system, frequently called EBT for short, delivers these benefits on debit cards.

For our study, we looked at crime data before and after EBT implementation using some fairly sophisticated statistical tools. Our goal was to figure out how removing cash via EBT affected crime.

We found that removing cash by going digital reduced overall crime by 9.8%, even when we accounted for time of year, population size, new crime-fighting technologies, and patterns in the larger economy. Some of the strongest declines were in cash-related offenses like larceny and car theft.

Why is this important?

In the 1980s, 80% of financial transactions used cash. Today, it’s less than half. Credit and debit cards, PayPal, Square, and Google Wallet have all started to crowd out cash everywhere.

If the results we found continue, predatory street crime should continue to drop.

But this does not mean an end to law-breaking. As more and more financial transactions are conducted online, we expect to see a dramatic increase in cyber crime. carried out by those who know how to exploit new criminal opportunities made available through new technology.