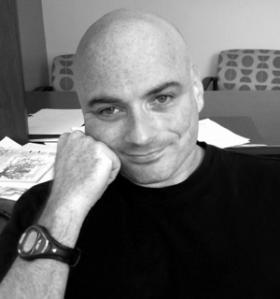 RNA seems like the unsung little brother of DNA and protein.

But Yehuda Ben-Shahar, assistant professor of biology at Washington University in St. Louis, is learning a great deal about their very important molecular responsibilities.

Dr. Yehuda Ben-Shahar is an assistant professor of biology at Washington University in St. Louis. His research focuses on the roles of genes, genetics, and evolution in shaping and driving specific animal behaviors. He earned a PhD from the University of Illinois in 2002.

Living cells depend on three types of molecules: DNA, RNAs, and proteins. The DNA stores information for all cell functions in the form of coded “genes”. But cells do not use this information directly. Instead RNA molecules, called messenger RNAs, transcribe the information, and are in turn read by a cellular machine to make a protein.

This linear flow of cellular information from DNA-to-RNA-to-protein was coined the “central dogma of molecular biology” by Francis Crick, which together with James Watson and Rosalind Franklin, discovered the structure of DNA.

However, we now know that this view is oversimplified. Studies in many different organisms indicate that most of the DNA is in fact transcribed into RNAs. This realization led to two major shifts in the central dogma. First, no more can we define “genes” exclusively as protein-coding DNA stretches. Second, we need to revise our view of the role of RNAs as simple scaffolds supporting molecules.

My group studies how genetic information is encoded in the DNA, and how cells, tissues and organisms use this information to support diverse biological functions. We use the wonderful fruit fly as our model to study these important questions. In support of the importance of RNAs, we have recently found that some messenger RNAs affect cellular functions in two very different ways. As all other messenger RNAs, these RNAs can be translated to a protein. However, they have an additional function, which is to bind other messenger RNAs. This binding leads to the degradation of the target RNA, which can lead to dramatic changes in cellular functions.

This is its secret mission. And we don’t think it’s the only RNA that has a secret mission. We suspect that many other messenger RNAs, including ones important to human health, will be found to regulating genes other than the ones they transcribe.