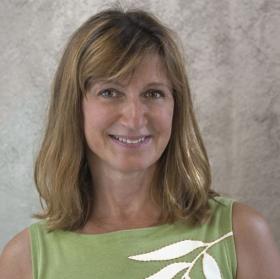 Species interaction dictates a great deal of a location’s biodiversity.

Susan Kalisz, professor of biology at the University of Pittsburgh, is linking the diet of deer to the success of the animals’ surrounding flora.

Her research program explores the interface of ecology and evolution, in studies that range from investigations of factors shaping community biodiversity and invasibility to the ecological genetics and population genomics of wild plant species. Dr. Kalisz currently serves as an Editor for The American Naturalist and has served as a Program Director in the Division of Environmental Biology at the National Science Foundation and served on the editorial boards of Evolution, The American Naturalist, and Journal of Ecology.

Many forests show a pattern of exotic, or non-native, plant species becoming abundant and invasive while biodiversity otherwise declines. What factors determine this trend? Changes in species interactions within plant communities may be a key component in the success of exotic plant invasions. In my lab, we are testing invasion hypotheses and hope to uncover general mechanisms that explain why exotic species survive and thrive.  We focus on interactions between native and exotic plants, and generalist herbivores.

In 2003, we established large, paired forest plots in which native and invasive plant species were growing. We enclosed half of the plots with deer-excluding fences, the other plots remained open to deer. We reasoned that since deer browsing reduces the growth and vigor of the species they eat, and if deer avoid eating invasive species, this combination could enhance exotic success. We compared the performance of a native palatable species, trillium, and a common invader, garlic mustard, over 6 years using demographic analyses.

Our data show that with deer exclusion, the trillium population is increasing and the garlic mustard population is trending toward zero. The opposite is true where deer have access. Our results demonstrate that the high population growth rate of the invader depends on the high deer abundance and their suppression of the native plant community.  Our results imply a general link between invasive species success and high ungulate populations.