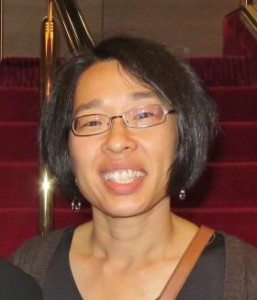 Can leading a sedentary lifestyle contribute to depression?

Dr. Nancy Low, assistant professor in the department of psychiatry at McGill University, is studying the correlation between these two afflictions.

She is both American and Canadian board-certified in psychiatry and has won Junior Investigator awards from the Society of Biological Psychiatry, International Society of Psychiatric Genetics, the American Psychiatric Association in addition to funding from the MUHC Research Foundation. She is a Chercheur-Boursier Clinicien (Clinical Research Scholar) salary award recipient from the Fonds de recherché en santé du Quebec (FRSQ).

She divides her time between taking care of mood disorder patients at the Mood Disorders Program and conducting research on subjects from clinical settings and large community samples in collaborations with epidemiologists, geneticists and biostatisticians.

Nancy Low – Plugged in and Powered Down: How Depression can lead to Couch Potatoes

Chronic illnesses, such as diabetes, heart disease, and obesity, are on the rise and occurring at an earlier age in developed countries.

Sedentary behaviors are a major risk factor for chronic illnesses. They are defined as activities where the body uses no or very little energy, such as watching tv or using computers/tablets/smart phones (also known as “screen-time”) and reading.

We asked 761 young adults from the general community who were on average 20 years old about depressive symptoms and the amount of leisure time they spent each week watching tv and using the computer to play games or use on the internet. We tracked the same group of young adults down 4 years later when they were 24 years to see if having depressive symptoms predicted more time watching tv or using the computer.

What we found was surprising. First both men and women spend more than 21 hours a week (or more than 3 hours a day) watching tv or being on the computer. Though there are no guidelines for adults, this daily amount passes the 2 hour limit for children and adolescents. We also found that having more depressive symptoms at 20 years predicted more computer time at 24 years – but in men only. Having depression earlier didn’t predict more tv watching in either men or women.

Our study didn’t measure other types of sedentary “screen-time” behavior, like smart-phone and tablet use, so in fact we could have underestimated the actual screen-time.

These findings were alarming because more people are spending larger amounts of time being sedentary in front of a screen, and depression seems to be related to this, particularly in men.