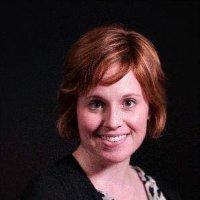 Lauren Dutra, post-doctoral scholar at the University of California, San Francisco’s School of Medicine, is studying the correlation between usages of these different tobacco products.

Lauren Dutra’s research interests include disparities in smoking and smoking-related disease, the targeted marketing of vulnerable populations by tobacco companies, and new tobacco products, such as e-cigarettes.  She has a Doctor of Science from the Harvard School of Public Health and is a Social Epidemiologist by training. Her dissertation focused on experiences of injustice and smoking behavior in South Africa and the U.S..   Prior to obtaining her doctorate, she received a Masters in Mental Health and Behavioral Medicine from Boston University and worked as a psychotherapist/health behavior counselor.   Lauren has first-author publications in Social Science & Medicine, JAMA Pediatrics, and Tobacco Control, as well as publications in Preventive Medicine, Diabetes Care, and the Journal of Cognitive Psychology.

Along with my colleague Dr. Stanton Glantz, I authored a study examining the correlation between electronic cigarettes use and conventional cigarette use among US adolescents.

However, these teens were less likely to have abstained from cigarette smoking in the past 30 days, 6 months, or year.

In other words, they were less likely to be former cigarette smokers. Smokers who used e-cigarettes also tended to be heavier smokers, smoking, on average, more cigarettes per day.

We also found that 20% of middle school students who had ever tried an e-cigarette had never tried cigarette smoking, not even a puff.

Only 7% of high school students who had ever tried e-cigarettes had never tried cigarette smoking. These figures suggest that some students are first introduced to nicotine through e-cigarettes, not conventional cigarettes.

However, additional research is needed to determine whether e-cigarette use leads to increased cigarette smoking among teens.