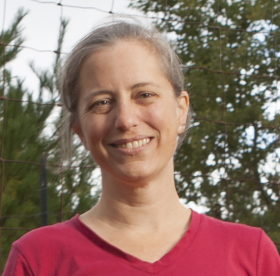 It’s no secret that the presence of humans has a great effect on the environment.

Elizabeth Borer, associate professor in the Ecology, Evolution, and Behavior Department at the University of Minnesota, is conducting global experiments to better understand how plants grow.

Elizabeth Borer is an associate professor in the Ecology, Evolution, and Behavior Department at the University of Minnesota. Her research focuses on quantifying the effects of global changes, including atmospheric pollution and species invasions and extinctions, on the outcome of species interactions in ecological communities.

Her two primary areas of research include quantifying how global changes affect disease transmission and risk and control biodiversity and the functioning of ecosystems. Although her interests reach far beyond grasslands, much of her empirical work studying plants, insects, and disease is in grasslands. Since 2007, Borer has been lead-PI of the Nutrient Network, a global scientific cooperative of over 100 scientists performing identically replicated experiments at >75 sites in 17 countries on 6 continents to examine the joint effects of human changes to herbivores and fertilization on the world’s grasslands.

Nearly half of Earth’s land surface is covered in grasslands that provide services like soil conservation, carbon capture, animal forage, and recreation. But humans are changing grasslands. Native grazers are being displaced by domestic livestock. The application of fertilizers and atmospheric pollution are increasing the rates that nutrients that make plants grow, like nitrogen and phosphorus, are arriving in grasslands.

To predict future changes in grasslands, my collaborators and I compiled and analyzed the results of existing research studies from around the world. But our analyses were limited by the availability and comparability of past studies.

To overcome these limitations, a group of us formed a research network called the Nutrient Network or “NutNet” in 2006. Since then, our research group has grown to more than 100 scientists in 17 countries spanning six continents.

The idea of NutNet is simple.  At sites around the world, scientists replicate the same experimental treatments and measurements year after year. The costs are low, and we each fund our own site’s maintenance and sampling.  Our final product is unprecedented: a single replicated experiment spanning grasslands in places like the US, Switzerland, Argentina, Tanzania, Australia, India, and China. 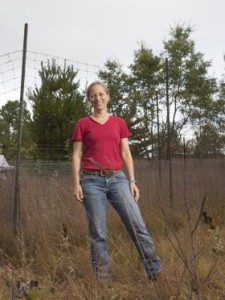 We’ve shown that diversity matters for services, too: grasslands with many species produce a more predictable amount of plant mass each year, but fertilizing suppresses plant diversity, making production less predictable among years.

NutNet is producing new answers to global ecological questions and is serving as a model of a new “open-source” approach to global-scale science.