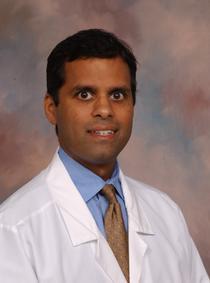 Direct trauma clearly has negative effects on the brain.

Dr. Raj Morey, associate professor of psychiatry and behavioral sciences at Duke University, discusses the potential harm that may arise even from indrect exposure to explosions.

Dr. Rajendra Morey is an associate professor in Duke University’s Brain Imaging and Analysis Center, the Department of Psychiatry & Behavioral Sciences, and the School of Medicine. Dr. Morey’s main research area is focused on brain changes in posttraumatic stress disorder (PTSD) and he is interested in the role fear, threat, guilt and other emotions along with their interaction with cognitive functions such as working memory, attention, and episodic memory in PTSD.

Dr. Raj Morey – Blasts May Cause Brain Injury Even Without Symptoms

In the military, where exposure to blasts is commonplace, traumatic brain injury, or TBI, is diagnosed by the presence of symptoms such as loss of consciousness, feeling dazed and confused, or amnesia. It is widely accepted that damage to the brain’s white matter occurs in TBI through evidence from a type of MRI called Diffusion Tensor Imaging. But is there a reason to be concerned about white matter damage after blast exposure, when no symptoms are experienced? Similar to sports injuries, people near an explosion assume if they don’t have clear symptoms like losing consciousness or seeing stars, that they haven’t had injury to the brain.

Both groups of veterans who were near explosions, regardless of whether they had TBI symptoms, showed a significant amount of injury compared to the veterans not exposed to blast. The injury was widespread, rather than isolated to one brain area, and each individual had a different pattern of injury. We also found a relationship between the amount of white matter injury and reaction time and the ability to switch between mental tasks.

In the future, if our results are confirmed in much larger studies, clinicians should take into consideration a veteran’s exposure to blast forces, even among those who had no symptoms of TBI. Brain imaging could potentially augment the existing approaches clinicians use to evaluate brain injury by looking below the surface for TBI pathology.