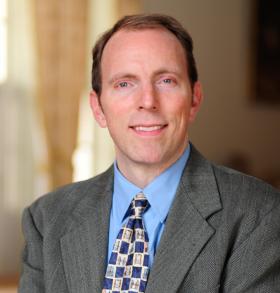 “Big Data” is being mined to glean all sorts of information.

Bruce Peabody, professor of political science at Fairleigh Dickinson University, is studying trends as they relate to our understanding of heroism in America.

Dr. Bruce Peabody is a professor of political science, the pre-law & legal studies director, and the Florham Institute for Lifelong Learning Director at Fairleigh Dickinson University in New Jersey. He conducts research on American politics and law, and along with Krista Jenkins, is the co-author of the forthcoming book Where Have All the Heroes Gone? The Changing Nature of American Valor (Oxford University Press). He holds a Ph.D. from the University of Texas at Austin.

In recent years, popular interest in heroism has been fueled by the September 11th attacks and the return of military veterans from Afghanistan and Iraq. But scholars have long been interested in what it means to be a hero and whether the U.S. has more or fewer heroes than in the past.

An emerging  tool, “big data” analytics, gives us new opportunities to address these questions. Many researchers believe that by combining separate drops of information into pools and even oceans, we can better understand everything from why people vote, to where epidemics are most likely to break out.

So what does big data teach us about heroism? In my research with a colleague, we have uncovered patterns in how thousands of book and magazine writers talk about heroes and heroic deeds.

Perhaps not surprisingly, wars have often driven “hero talk.” One year after the end of the American civil war, references to heroes reached their historic peak, but we have also experienced upticks following both world wars.

Some commentators have argued that the emergence of celebrity culture has crowded out heroism, but our research finds that this is not the case—at least not yet. In books, references to heroes still far exceed references to celebrities.  Martin Luther King, for example, was mentioned more often than Michael Jordan, Elvis Presley, and all of the Kardashians—combined.

That said, American attitudes towards heroism are changing. In today’s books, we talk about heroes at only 60% of the top rate from the 19th century. And we are much more likely to look to sports heroes and local rather than national figures. While the health of American heroes may not be as robust as in the past, the reports of their demise are certainly exaggerated.