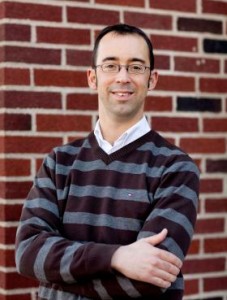 You may be surprised to learn of the widespread uses of helium.

Nicholas Leadbeater, associate professor of chemistry at the University of Connecticut, details the wide application of this chemical element and explains why its days of filling party balloons may be coming to an end.

Do you know what links the manufacture of state of the art electronics, the use of MRI scanners in hospitals and the party balloons you bought for that birthday celebration? They all rely on the chemical element helium.

The gas, which is formed by decay of radioactive rocks in the earth’s crust, accumulates in natural gas deposits and it’s collected as a byproduct. A possible shortage of this really important element has sparked major debate in recent years. Helium is actually one of the most common chemical elements in the universe, but on Earth, it’s relatively rare. This is because it’s a gas at room temperature that’s less dense than air, so it escapes gravity and leaks away into space.

This is also why it’s used in party balloons and airships: so they float. It’s also inert – not reacting with other chemicals. So it can be used as a protective atmosphere for semi-conductor manufacture in the electronics industry. In addition, helium has the lowest boiling point of any element. (-269° centigrade or -452° Fahrenheit).

This makes it a very valuable liquid for use in things like MRI scanners, which must be super cool to generate the hugely powerful magnetic fields required.

With these uses, fights are breaking out as to who has the rights to its use. Some people think it should be regulated more strictly and not used for things as frivolous as party balloons or sucking in its fast moving atoms to heighten the pitch of your voice.

So perhaps, numbered are your days of breathing in a balloon full of helium and entertaining people with your comical Donald Duck voice.